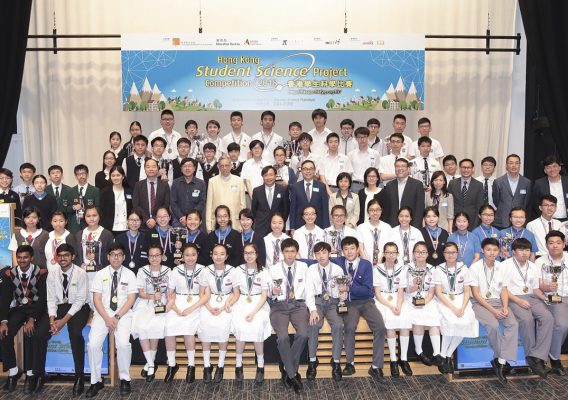 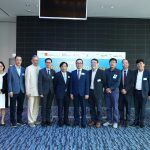 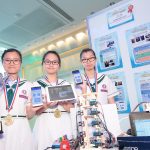 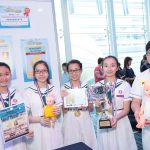 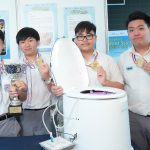 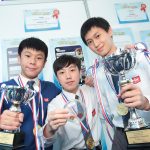 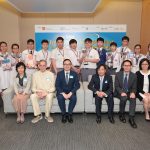 20 Elite Teams Competed for the Four Championships of HKSSPC 2018

Under the theme of “From Theory to Practice ˙ Develop Science Potential”, HKSSPC 2018 witnessedthe good effortsof 20 finalists from the Junior and Senior Divisions which had demonstrated outstanding performance and were selected from the 300 participating teams at the initial judging. The final champions were unveiledat the award ceremony today, wherea professional panel of judges formed by scholars and experts from different sectors, including science, innovation and research and development, assessed each team’s performance based on various aspects, including creativity and originality, design, project performance, presentation skills and team work,as listed in the competition criteria. This year, “iKidney” from Pak Kau College and “EggcellentSupercarpacitor”from The Chinese Foundation Secondary Schoolwere named respective champions of the “Invention Project” and “Investigation Project” for the Senior Division. For the Junior Division, the “Invention Project” and “Investigation Project” champions were, respectively,“Smart Elevator” from Shun Tak Fraternal Association Yung Yau Collegeand “Thermal Lifejacket – An Innovative Exothermic Flotation Device to Reduce Deaths from Hypothermic in Maritime Disasters” from Shun Tak Fraternal Association Yung Yau College. [Please see Appendix for the list of award winners.]

Mr. Lee Kwok Bun Ivan, Deputy Commissioner for Innovation and Technology, said, “The Innovation and Technology Commission is committed in cultivating technology talent and enhancing our younger generation’s interest in science and technology.  I am very pleased to see that many of this year’s HKSSPC projects have applied science knowledge and creativity to solve problems in our daily lives, and even help the needy in the society as well as contribute to preserving the environment, demonstrating how science can be fully leveraged for contributions to the community at large.”

Mr. Ho Wing Cheong Andy, Executive Director, The Hong Kong Federation of Youth Groups, said, “Celebrating its 20th anniversary,the Hong Kong Student Science Project Competition has become one of Hong Kong’s major academic events,thanks to tremendous support from partnering institutions, teachers, studentsand the public. The HKFYG is committed to enhancing the scientific knowledge and skills of youngsters and nurturing local innovation and technology talent. We hope that this competition can help students understand the remarkably close relationship between science and our daily lives, stimulating their curiosity about innovation and technology, and encouragingthemto continue to pursue scientific knowledge and unleash their innovative ideas.”

HKSSPC has been committed to promoting the interest of our youth in science and technology and developing their science potential through better understanding and innovative application over the past 20 years. This year, the Initial Judging was successfully held in Hong Kong Science Park on 10 March 2018 with a new division for international champion teams, promoting academic exchange between local and overseas students.Seventeen international teams coming from eight countries and regions were invited to Hong Kong, including the USA, Brazil, Turkmenistan, Singapore and the Philippines, to demonstrate their innovative ideas. Two teams from the Philippines were awarded the first prize in the International Division. For more details, please visit hksspc.hkfyg.org.hk.