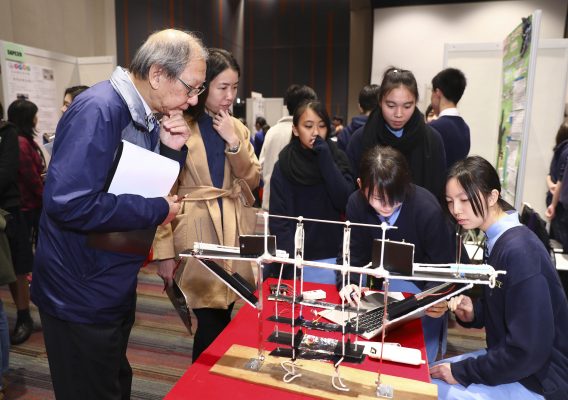 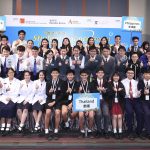 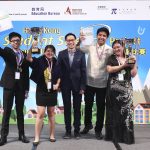 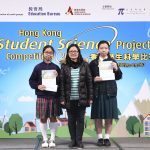 On its 20th Anniversary, HKSSPC 2018, themed “From Theory to Practice ˙ Develop Science Potential”, has made a recognisable step in encouraging academic exchange between global and local young science talent by introducing a new division for international champion teams. Seventeen international teams coming from 8 countries and regions, including the USA, Brazil, Turkmenistan, Singapore and the Philippines, demonstrated their innovative ideas.

This year, a record-breaking number of applications was received with over 1,000 students in 300 teams from nearly 90 secondary schools enrolling the competition. The competition for local teams was divided into Junior and Senior Divisions with winners from the Invention and Investigation projects to be announced on the Final Judging Day on 14th April 2018 (Saturday). The exhibition is open to the public for visiting and exchange with students.

Today, the Organisers have announced the winning teams of the International Division, Scientific Wallchart Division, and the 20 finalists in the Junior and Senior Divisions who have entered the Final Judging and other special awards. “Pectin-Carboxymethyl Cellulose Biocapsule for Potential Colon Targeted Oral Drug Delivery” and “Verde: An Edible Alternative to Plastic Cutlery” from the Philippines were the first prize winners of the International Division. They have fully demonstrated their creativity and comprehensive knowledge in scientific investigation. Teams from the Philippines, Thailand and USA were the second prize in this division.

“It has been a valuable experience for us to compete in Hong Kong and exchange ideas with Hong Kong and other international teams,” says a representative of the first prize winning teams of the International Division. “The panel judges offered insightful advice which helped us to improve our project to become more practical. Also, HKSSPC has provided a platform for us to meet peers with similar interests and to stimulate innovative and inspiring ideas. We look forward to participating in the HKSSPC again.”

Law Mei from Po Leung Kuk Celine Ho Yam Tong College, one of the First Prize winners of the Scientific Wallchart Division, says, “Doing scientific investigation requires a huge effort － from background research to poster development. The award is a great encouragement for me to further develop my interest in scientific investigation. In addition, HKSSPC 2018 has provided an extraordinary opportunity for me to gain exposure to global award-winning projects, which has broadened my horizon on how ideas and inventions can be applied in daily life.”